skip to main | skip to sidebar

The beginning of the end?

I actually wanted to avoid doing this. But I have come to termes with the fact that it is unavoidable. Yesterday was the 7th of March. And for me, this marked the beginning of the end. With only one month left in Kenya, the country that has become my second home, it is time to look back and reflect on my time in Nakuru.

I've just realized that is has been over a month since I last updated my blog. I'm sorry about that, but let me look back and show you what my last months have been filled with. After Christmas we moved from Nairobi to Nakuru. We stopped doing community development work and started student ministry. I won't even try to tell you that the transition was easy. Because the whole setting was so different and people were so different. But now, as I see the end of it, I feel that this has become a part of who I am and I don't want to leave it.

I've been experiencing things and situations that I never tought I would find my self in. To mention a few, let me tell you about FOCUS day. A lot of the students in Central Rift region was gathered to have an annual meeting. Miriam and I silently tried to sneak in on one of the back rows, but let me tell you, that didn't work out to well. After sitting there for one or two minutes one of the ushers approached us. "I'm sorry, but we have some seats for you in front", she said. We looked at each other and the silently moved with her. We got seats at the front row, together with the General Secretary of FOCUS, the speakers and other important people. After some minutes, the same lady approached all of us. "I'm sorry", she said. "I've misplaced you. You are to sit at the podium. We will ask all of you to move up there after this session". Miriam and I laughed. The situation was so strange, but when the end of the session came, we all went up on the podium and sat there for the rest of the meeting. 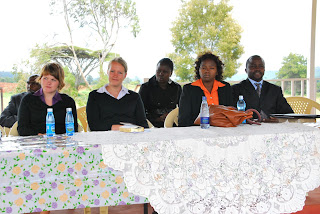 Miriam and I together with the General Secretary and wife
Photo: Bonface

Another time, I was with some students at Njoro Campus. That is where we are based. I was attending something called inreach. During inreach the members of the CU goes from door to door , sharing and preaching the word of God. I was to join them, just to see. And I was surprised by the openess of the students and their willingness to listen. We could really share and they responded in a positive way. After that I was persuaded to come for Bible Study. I didn't really want to go, but kenyans can be very persuasive. So I went, after being told that it would end at 21.30. That didn't happen. It ended at 22.15. There was a black-out so it was very dark outside. We called a taxi that was to come within 3 minutes. But it took closer to 15 min. By then, the front gate where I live had been closed. I had called Hellen and she was waiting for me to arrive. But that didn't happen. After driving maybe 500m the car broke down. I couldn't do much than to call some of my friends at the university, ask them to come and pick me and also find a place where I could spend the night. I ended up spending the night with Caroline, a lady from Kongo. All though my evening didn't end up as I had expected it, it was an experience that I'll remember for quite some time!

All these great experiences is one of the things that really has made my time here in Nakuru, and especially at Egerton University, Njoro Campus. But there are definately other aspects to it as well. Because I really feel that I've made good friends here. I don't know how my time here would have been if it hadn't been for Hellen! 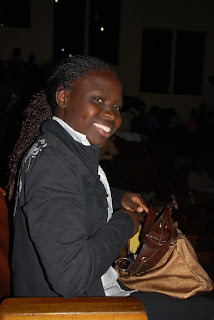 Hellen!
Photo: Miriam
Hellen is the Campus Staff that we have been working with. Other names for Hellen is "the Queen". This lady has really managed to get a special place in the heart of the two Norwegians. She might seem like the silent type, but just wait untill you get to know her. She hardly shuts up, and loves bossing us around. We have really had a great time with her. One Tuesday we went for a safari. We saw lions, rhinos, a hippo, zebras and quite a lot of other wild animals. But the best trip we had with Hellen was the trip to Kitale. We visited her home town. (If you want to know more about the trip to Kitale, visit http://miriam-celine.blogspot.com) 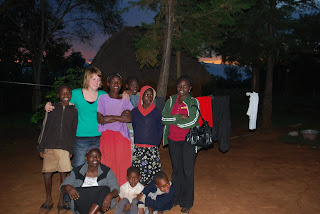 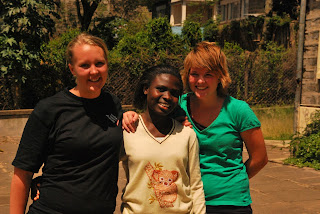 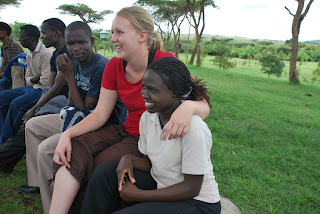 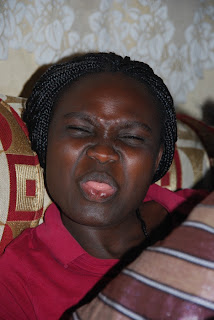 Hellen
Photo: Miriam
Getting to know the students has also been a great experience. When I first came here, I felt inferior to them, due to my age. Being so much younger than them was a challenge, but after interacting with them and spending time with them, I felt that things became easier. And now, when time has come for me to leave soon, I truly feel that these are people that I'm going to miss spending time with. But in stead of focusing on that, I'd rather focus on all the great moments I've had with them. 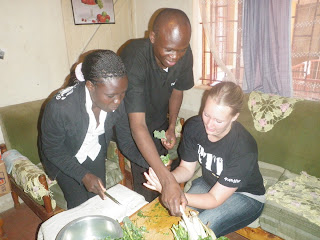 Learning how to cut the sukuma wiki, f.v: Hellen, Dan and me
Photo: Miriam 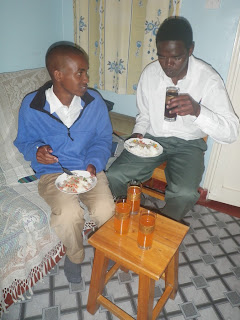 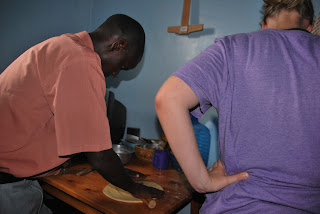 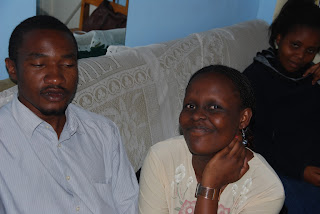 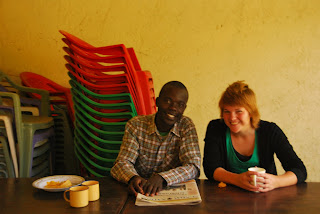 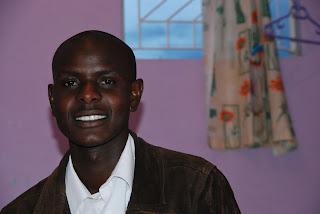 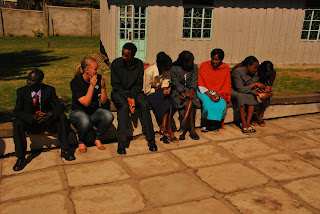 At the leaders traning for Njoro Campus
Photo: Steve
The time I've had here in Nakuru has been great and I'll enjoy these last days. And I'll try to remember what my wise, reflected and amazing team member, Miriam always tells me. "Remember, that this is only the beginning".
Posted by Audhild at 11:13

Audhild
My name is Audhild, and this is a blog about my life in Oslo, thoughts that are going through my head and other completely random things